US starts LNG export to Europe

A first tanker with liquefied natural gas will arrive to Europe from the US on 26 April. It's the first American tanker that will deliver LNG to Europe. 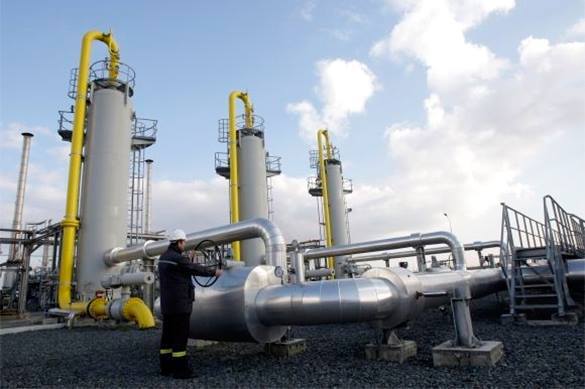 As the Wall Street Journal reported Thursday, the case is about Creole Spirit tanker with 98,000 tons of LNG, which should arrive in Portugal. It was sent on 15 April from the Sabine Pass terminal in Louisiana.

The WSJ reminded that Russia, which is one of the main suppliers of natural gas to the EU, transports it via pipelines. Gas, which is transported via a pipeline, may be cheaper than LNG, as the latter should be liquefied, and then turned into gas form after delivery, the newspaper reported. However, many in Europe wait for the US entering the market; that is a part of more extensive efforts, aim of which is to challenge Russia's dominance regarding energy supplies and prices for them.

Jonathan Stern, Chairman of the Natural Gas Research Programme at the Oxford Institute for Energy Studies noted in his article on Bloomberg that LNG supplies, extracted by fracking method, from the US to Europe would have no essential influence on the market in the nearest years, but might have a big symbolic significance from the geopolitical point of view.