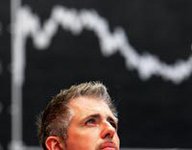 The Moody's ratings agency on Thursday downgraded the ratings of 30 Spanish banks, a direct consequence of its decision earlier this month to downgrade indebted Spain's sovereign rating.

Moody's said the latest downgrades reflected heightened financial pressures on Spain's sovereign credit and that of "many" weak banks, and decline of the importance of smaller banks amid rapid consolidation in the sector, according to Expatica Spain.

The rating action included downgrades by one or more notches of the senior debt and deposit ratings of 30 banks. Among the banks downgraded, 15 faced a two-notch cut and five banks by three or four notches. Moody's said the outlook on most banks' ratings remains negative.

"It seems increasingly plausible that hard choices will need to be made at some point over the rating horizon, balancing the sovereign's incentive to support the banks with the need to protect its own balance sheet," Moody's said in a statement.

Meanwhile, Moody's said ratings of the three largest Spanish banks-Banco Santander, BBVA and La Caixa are unaffected and have been confirmed, RTT informs.

The euro weakened versus the dollar and the yen after Moody's Investors Service cut the ratings on 30 Spanish banks to reflect Spain's sovereign downgrade.

"This does weaken the outlook" for the euro region, said Jane Foley, a senior foreign-exchange strategist at Rabobank International in London. "It's always been the case that whilst the size of any Portuguese bailout would be relatively moderate, Spain, being a far more substantial economy would be far more costly."