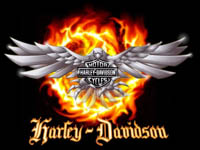 The American motorcycle manufacturer, Harley-Davidson reports its third-quarter profit fall  84 % on lower motorcycle shipments and recession-related difficulties in getting loans for its clients.

Harley also intends to stop making Buell motorcycle products and will sell its MV Agusta division. Its shares are down 3 % in premarket trading.

Analysts forecast profit of 21 cents per share on revenue of $1.1 billion. Reported by the Associated Press.