Intel Corp. posted a 5 percent drop in profit Tuesday to $1.9 billion, which is 33 cents a share. This beat analysts’ prognosis of 28 cents a share in earnings. 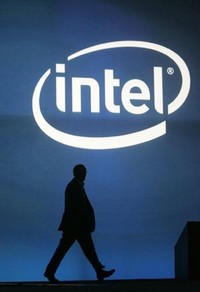 Santa Clara, Calif.-based Intel (NASDAQ: INTC) saw its sales drop 8 percent to $9.4 billion. This also beat Wall Street’s expectations for $9 billion in revenue for the quarter and is up 58 percent from second quarter revenue of $8 billion. That is the best improvement between those two quarters in 30 years.

Intel also said it now expects revenue of $10.1 billion, plus or minus $400 million, for the current quarter. Analysts had expected sales of $9.5 billion, Bizjournals.com reports.

It was also reported, tech's recovery appears to be gathering steam. For the third straight quarter, computer chipmaker Intel Corp. said demand for its products is improving.

Results for Santa Clara -based Intel are still below year-ago levels, but the numbers were a relief for investors who have grown increasingly optimistic about a recovery in sales of personal computers and servers. The Oct. 22 launch of Microsoft's next-generation Windows 7 operating system is expected to spur added buying sometime next year by corporate customers, including many that decided against upgrading to Vista, the previous iteration of Windows. The "results underscore that computing is essential to people's lives, proving the importance of technology innovation in leading an economic recovery," Intel Chief Executive Paul S. Otellini said during a conference call discussing the results, BusinessWeek reports.

MarketWatch quoted J.P. Morgan analyst Shawn Webster as saying, "Our checks indicate rising optimism for the potential of seasonal shipments or better in [the fourth quarter] in the handset and PC component food chain, and Intel's [fourth-quarter] revenue outlook is consistent with seasonal patterns the company has experienced in the past."

Chip companies are generally seen as good indicators of where the broader tech market is going. That's because chip companies must build their products ahead of any upswing in demand for end-customer goods.

"I think it's a welcome sign of health for the whole industry," Endpoint Technologies Associates analyst Roger Kay said in an interview. "It's a sign that manufacturers made big bets on the next quarter," MarketWatch reports.