Mizuho Financial Group Inc. remained in the red in its fiscal first quarter as valuation losses from trading credit default swaps and other derivatives mounted. 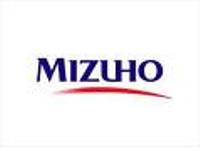 Japan 's second-largest banking group by assets said Friday that it posted a net loss of ¥4.49 billion ($47 million) in the April-June quarter, well off the ¥132.99 billion net profit it reported for the same period a year earlier , Wall Street Journal reports.

Mizuho, which has now failed to turn a profit for 12 straight months, was one of the few Japanese banks to invest in toxic assets backed by U.S. subprime mortgages. It has since stumbled due to overexposure to the domestic stock market.

"They are getting further and further in the corner and the only way out of that is really raising a lot more capital," said Daniel Tabbush, an Asia bank analyst at brokerage CLSA , Reuters reports.

Mizuho was expected to post a net profit of 23.2 billion yen, according to a Thomson Reuters poll, and the result marked a swing from a 133 billion yen net profit in the year-ago period , MarketWatch reports.