US sales of new homes up in April

According to the Commerce Department sales of new homes soared in April for the first time in six months. 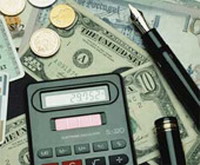 US sales of new homes up in April

Experts estimated that the sales went up 3.3 percent in April to a seasonally adjusted annual rate of 526,000 units.

In spite of positive development the market experienced the activity near the lowest level in 17 years. This tendency would last for some time as the housing industry struggles with falling prices and rising mortgage foreclosures.