Kirk Kerkorian, an Armenian-American billionaire, and CEO of Tracinda Corporation, has made a cash tender offer to acquire 20 million shares in Ford. 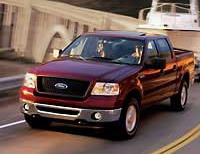 Tracinda Corporation currently owns 100 million shares, or about 4.7 percent of Ford’s stock and the new acquisition will raise the amount up to 5.6 percent.

Tracinda most recently made headlines by offering $4.5 billion to buy Chrysler on April 5, 2007, causing the shares of DaimlerChrysler to soar 5.3%. However many have speculated that the dollar value of the bid is inadequate for DaimlerChrysler to accept. Interestingly, Kerkorian also bid in 1995 to take over Chrysler, unsuccessfully. The deal fell apart after Kerkorian and Tracinda were largely locked out of financing for their offer after heavy lobbying by Chrysler against the bid on Wall Street.

Having no intent to gain control over Ford, Tracinda left open the possibility of acquiring more shares.

The tender offer is due to expire on June 9. Currently Ford takes no actions setting aside the review of the case till the end of this month.