Four people were arrested Thursday and accused of organizing prostitution ring that charged wealthy clients in Europe and the U.S. thousands of dollars for prostitutes rated by diamonds. 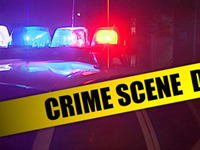 The conspiracy charges against the man and three women accuse them of running the Emperors Club VIP ring from at least December 2004, U.S. Attorney Michael Garcia said.

On its Web site, the company displays photographs of the prostitutes' bodies, with their faces hidden, along with hourly rates depending on whether the prostitutes were rated with one diamond, the lowest ranking, or seven diamonds, the highest.

A three-diamond prostitute would cost $1,000 per hour, while the Icon Club allowed access to the most highly ranked prostitutes at $5,500 an hour, prosecutors said.

All four were charged with conspiracy to violate federal prostitution laws: Mark Brener, 62, and Cecil Suwal, 23, who live together in Cliffside Park, N.J.; Temeka Rachelle Lewis, 32, of Brooklyn; and Tanya Hollander, 36, of Rhinebeck, N.Y.

Brener, accused of being the leader and recruiter of the prostitutes, and Suwal, accused of controlling the operation's bank accounts, also were charged with conspiracy to launder more than $1 million in illicit proceeds.

Lewis and Hollander were accused of arranging meetings between prostitutes and clients. They were released late Thursday on $250,000 bail each.

U.S. Magistrate Judge Michael H. Dolinger ordered that Brener be held without bail after prosecutors said $600,000 in cash and an Israeli passport were found in his apartment.

Brener's lawyer, Jennifer Brown, said her client was a U.S. citizen who had lived in the United States for 20 years.

Suwal was not immediately able to post her $500,000 bail. Her lawyer, Daniel Parker, said she denies the charges.

"We're going to conduct a thorough investigation into the charges," he said. "At the end of the day, we think she'll be completely vindicated."

In a criminal complaint, FBI agent Kenneth Hosey said clients were told a wire transfer to the Emperors Club would be identified as QAT Consulting to appear to be a business transaction.

Hosey said the defendants earned more than $1 million illegally through the business.