By Anastasia Tomazhenkova: One of the largest American liquor producer Brown-Forman Corp. posted that its third-quarter income rose 10% from the addition of Casa Herradura premium telquilas along with higher global demand for its flagship Jack Daniel's Tennessee Whiskey line as well as Finlandia vodka. 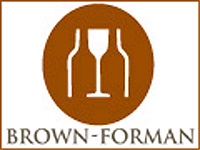 The Louisville-based distiller claimed that it also benefited from favorable foreign exchange fluctuations but narrowed its profit forecast for the full fiscal year.

International markets continued to drive sales for Jack Daniel's, with quarterly growth in the mid-single digits compared to a low-single-digit increase in the United States. The company reported strong double-digit growth in the quarter for its superpremium Gentleman Jack and its Jack Daniel's & Cola.

Finlandia sales grew at a double-digit rate, led by robust growth in Eastern Europe. Global sales for Southern Comfort declined in the quarter, with weakness in U.S. and international markets.

The company said its advertising expenses increased 14% to 108 million dollars in the quarter, primarily reflecting investments behind the Casa Herradura brands it acquired in January 2007.