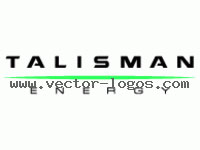 Talisman Energy Inc. is one of Canada's largest petroleum SB companies. It was originally part of British Petroleum, known as BP Canada, but in 1992 it became an independent company named Talisman Energy.

Analysts were expecting an average of 33 Canadian cents a share.

Cash flow, a glimpse into an oil company's ability to fund development project, slipped to C$1.01 billion, or 99 Canadian cents a share, from C$1.13 billion, or C$1.05 a share, due in part to lower volumes.

Talisman, known for operations in North America, the North Sea and Southeast Asia, said its results were helped by a significant contribution from gains on asset sales.