Some analysts say the decline, the second straight for Google, shows that business on the Web is slowing down. 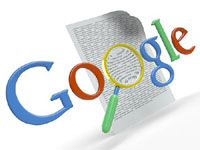 At the same time Hitwise says there may indeed be no problem at all, and pointed to different data to support the idea that the amount of Web traffic going from Google to retail sites continues to rise.

"Google traffic to retail, on a monthly basis, is on the increase compared to previous years. If we focus in on daily data (year-over-year comparison) we see that Google traffic to retail is also up on a daily basis when we compare January/February 2007 with 2008," said Bill Tancer, general manager of global research at Hitwise, in a blog posting.

If economic troubles in the U.S. are really affecting Internet search, then the amount of traffic going from Google to retail sites should show a decline, he said. Instead, Hitwise data shows a 13.3 percent rise over the past three years, and a steady increase in January over the same time last year.