Microsoft Corp intends to replace the head of its mobile-phone unit. This is first step of a broader executive reshuffle. 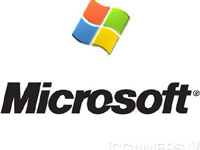 The company plans to name Andrew Lees, currently a corporate vice president at Microsoft's server and tools group, to lead its mobile-communications business.

Pieter Knook, the existing head of the unit, which makes software for mobile phones, will retire from Microsoft.

Microsoft Corporation is an American multinational computer technology corporation with 79,000 employees in 102 countries and global annual revenue of US $51.12 billion as of 2007. It develops, manufactures, licenses and supports a wide range of software products for computing devices. Headquartered in Redmond, Washington, USA, its best selling products are the Microsoft Windows operating system and the Microsoft Office suite of productivity software. These products have prominent positions in the desktop computer market, with market share estimates as high as 90% or more as of 2003 for Microsoft Office and 2006 for Microsoft Windows. One of Bill Gates' key visions is "to get a workstation running our software onto every desk and eventually in every home".