By Anastasia Tomazhenkova: Under Armour shares are under heavy pressure this morning which is being attributed to comments from Wachovia from the ICR Xchange about the company's 1st-half 2008 marketing spend and back-end weighted 2008 earnings growth. 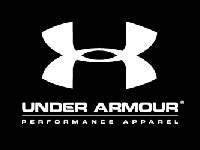 The company's shares were off about 14 percent at 31.88 dollars in extended trading, down from their Thursday close of 37.06 dollars on the New York Stock Exchange.

Athletic apparel maker Under Armour Inc will shift a "substantial" amount of its annual marketing spending into the first half of 2008, and its shares fell 14 percent. For the first half, Under Armour said it expected diluted per-share profit in a range of 3 cents to 5 cents a share.

Analysts had expected earnings of 25 cents a share for the first quarter and 13 cents for the second quarter though it was not immediately clear if the company's first-half forecast was comparable to those.

Under Armour plans a year-long brand campaign to launch its Performance Training footwear, including a 60-second spot to run during the Super Bowl next month. Based on the timing of the footwear launch, it said it was planning to shift much of its full-year marketing spending to the first half.

For full-year 2007, Under Armour said it sees revenues rising 40 percent to $605 million, better than it and Wall Street had expected, due to strong consumer demand.

Under Armour is a brand of clothing headquartered in Baltimore, Maryland, designed for use in sports. It was originally created to be worn underneath uniforms (like baseball or basketball jerseys) or pads (like football, hockey or lacrosse shoulder pads), but now also manufactures clothes such as hooded sweatshirts, regular t-shirts, sweat pants, etc.

Under Armour led the trend of form-fitting, moisture-wicking performance apparel which was soon imitated by Nike, with their Dri-FIT Pro line, and by Reebok, with their NFL Equipment line.

In June of 2006, Under Armour released a brand of football cleats using the slogan "Click-Clack." Many soldiers currently serving in Iraq are known to wear Under Armour because it protects them from the intense heat. Recently though, parts of the military have banned Under Armour because polyester fuses to the skin when exposed to flame.