Three boys residing in the Moscow region disappeared on July 19th; the mutilated body of one of them was found on Sunday

The whole of Russia was discussing the shocking accident in the city of Krasnoyarsk (Siberia), when five teenage boys mysteriously disappeared and then were found dead in a sewage well. The horrible story repeated again, although this time in the Moscow region. Three boys (two brothers and their friend) between eleven and thirteen years of age, residing in a small regional town, were missing on July 19th. One of the brothers was found dead on Sunday morning, whereas the fate of two other boys still remains unknown. 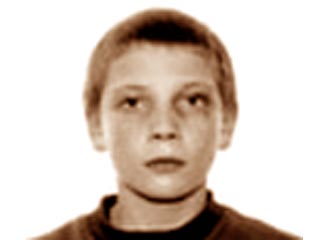 The schoolboys disappeared all of a sudden: they went out and never returned home. The progression of the story with the three missing boys in the Moscow region resembled the previous accident in Krasnoyarsk. The police believed at first that the boys had left for an adventure, trying to put their efforts to the test and see if they could live without parents or not. The police started looking for the boys several days later, when it became clear that the story was not that prosaic as it could seem.

A group of guest-workers incidentally came across the mutilated body of one of the boys on Sunday morning. The boy's mother, who had to identify the body of her son, Mikhail, said that she was more than just horrified with what she had seen. The woman identified her little boy by his clothes only: the child's face and hands were brutally disfigured. Forensic officers found peculiar marks on Mikhail's hands and feet, which let the experts conclude that the boy had been crucified. The boy's neck was tied around with rope, although the child did not die from strangulation. Most likely, the teenager died of unimaginable tortures two days ago; the precise cause-of-death statement is expected during the forthcoming several days. The boy's body was found in the woods near the local cemetery. However, Mikhail was killed somewhere far away from his town, where he had been kept on a leash for a week.

Investigators say that the three teenage boys from the town of Dedovsk, the Moscow region, Pavel Sokolov (11 years old) and two brothers, Mikhail and Alexander Yelshins (12 and 10 years old respectively), did not return to their homes on July 19th. Alexander Yelshin and Pavel Sokolov took a suburban train and traveled towards a large pond in another town of the Moscow region. Mikhail Yelshin joined the two boys about two hours later.

The body was identified as 12-year-old Mikhail Yelshin. Forensic experts say that the boy died of mechanical asphyxia, or strangulation, although it is a preliminary conclusion: the boy could have been tortured and beaten to death. Investigators believe that a murderer or murderers either performed a bloody ritual using Mikhail Yelshin as a victim, or tried to represent the crime as if it had been committed by Satanists. Investigation is underway.

On the photo: Mikhail Yelshin