One fourth of all domestic oil production in the U.S. comes from the Gulf of Mexico

U.S. government announced several days ago that it would release oil from the emergency stockpiles to combat shortages due to disruption of oil production in the Gulf of Mexico. A decrease in oil production is not the only problem affecting U.S. market. Eight refineries are still out of order following the flood caused by the hurricane Katrina. Estimated damage to the industry infrastructure is yet to be made public. America will probably have to deal with oil products shortages in the near future. It is likely that the oil prices on the world market will continue to soar. Now the price of one barrel of light sweet is approaching $70. 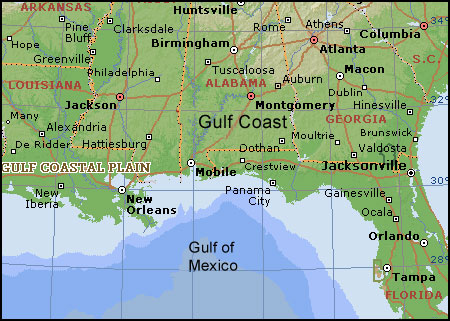 Releasing oil from the emergency stockpiles could slightly slow down the rising prices. But emergency oil will have no impact on the market upward trend, according to experts.

Operations of oil companies were actually suspended following the devastating effect of the hurricane on oil-producing facilities located in the Gulf of Mexico. One fourth of all domestic oil production in the U.S. comes from the Gulf of Mexico. “The industry will probably have to tackle a number of problems related to recovery of oil production and processing infrastructure,” said a representative of Mitsubishi Corp. “There is a lack of refineries in the U.S. at the moment, the price of gasoline will go up soon,” added he. Besides, Royal Dutch Shell said it had shut down its pipeline Capline pumping oil from offshore production rig Mars. The statement says operations were put on hold due to power outages. Four oil pipelines in the Gulf are still down. Louisiana's largest terminal that accounts for 11% of U.S. oil imports is idle too.

U.S. government announced yesterday that it would release oil from the emergency stockpiles to make up for the losses. No exact amount of oil to be released is yet known. America's emergency oil tank farms hold nearly 700 million barrels. “Our emergency team is now working in close cooperation with U.S. representatives and industry experts. The International Energy Agency may agree to using its own oil reserves should the team comes to the conclusion that damage is really substantial,” said an official at the International Energy Agency to Interfax.

The record-high oil prices caused an economic crisis in Indonesia. The exchange rate of Indonesian rupee to U.S. dollar fell 1% on Wednesday morning. The rupee has sunk 7.5% since the start of August. Indonesia imports significant volumes of oil and oil products while maintaining low domestic prices for fuel.

Germany's Minister of Trade Wolfgang Clement said yesterday that the record-high oil prices were a real disaster for the German consumer. According to him, the prices skyrocketed due to speculations by hedge funds on the market.

Oil pricing policy will depend on reports about damage sustained by the industry. Speculators will undoubtedly take advantage of the situation and keep on hiking the price of oil.

Oil companies' shares got a boost following another increase in the oil prices after the Catrina. As a result, there is a bullish trend on the European stock markets. On the contrary, the mood at the U.S. stock market is rather pessimistic. Futures' value of U.S. stock indexes continued to drop during the trading hours. However, it had nothing to with the latest hurricane.

U.S. Department of Commerce has released updated statistics regarding GDP growth rate in the second quarter. GDP growth rate analysis for Q2 reduced the data to 3.3% per year. Meanwhile, experts did not anticipate any changes with regard to estimated 3.4%.

“The hurricane can claim lots of lives, it can also claim lots of money in damages and therefore the losses of insurance companies can total $26 billion,” Rupert Della-Port, a manager with F&C Asset Management's North American Fund, was quoted as saying by Reuters.