Iran mulls over the latest proposals to resolve the nuclear standoff

On Friday, June 16, Iran’s president Mahmoud Ahmadinejad spoke appreciatively about the latest package of proposals put forth by five permanent members of the UN Security Council i.e. Russia, United States, Great Britain, France, China, and Germany. The proposals are designed to resolve the standoff over Iran’s nuclear program. “We’re attentively considering the incentives by the six countries. We’re going to give our answer in due time,” said Ahmadinejad. It is worthy of notice that Ahmadinejad made his statement shortly after speaking with Russian President Vladimir Putin in Shanghai, which hosts the anniversary meeting of the members of the Shanghai Cooperation Organization. Iran takes part in the meeting as an observant. 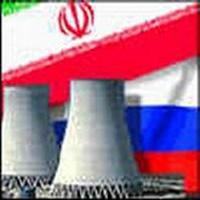 Iran mulls over the latest proposals to resolve the nuclear standoff

President Putin also spoke positively about the signs of progress in the crisis over Iran’s nuclear activities. He emphasized the importance of efforts made not only by the six countries but by Iran as well. Speaking with journalists after his meeting with Iranian president, President Putin said: “This is an example of the actual forward movement that was made possible thanks to efforts by all seven parties – including Iran – involved in the work.” The Russian president confirmed that Iran was ready to start talks on the latest package of proposals. At the same time, President Putin reminded that Iran was still discussing Moscow’s plan to set up a joint venture for enriching uranium on Russian soil. However, President Putin made it clear that issues related to a joint enrichment project were not raised at the meeting with Ahmadinejad.

On June 6, Javier Solana, the European Union’s foreign policy chief, arrived in Tehran with the new package of incentives, which could be implemented provided that Iran suspends nuclear-related activities. The U.S. and its Western allies accuse Tehran of attempting to make nuclear arms using domestically enriched uranium. Iran denies all the accusations. The so-called “ Iran’s nuclear dossier”, submitted by the International Atomic Energy Agency in March, is presently sitting on the UN Security Council. The dossier could formally constitute a case for sanctions against Iran. Until recently, the United States has urged the UN Security Council to impose sanctions against Iran. On the other hand, Russia and China are opposed to an isolation policy on Iran. The two countries insist that the talks within the framework of the UN nuclear watchdog, the IAEA, be continued. In the light of a lack of support from Moscow and Beijing, Washington changed its stance and said it was ready to sit down and negotiate possible ways for the solution of the longstanding crisis.

The latest package of incentives for Tehran was prepared bythe so-calledEU3 of Britain, France and Germany. Earlier this month it was agreed by foreign ministers of the six countries (five permanent members of the UN Security Council plus Germany).

The participants of the talks have agreed to keep the proposals a secret until Tehran’s official response is in hand. According to The New York Times, the incentives provide for the possibility to supply Iran with spares for aircraft manufactured by Boeing and Airbus. Besides, Iran would be allowed to purchase agricultural equipment and technologies in the U.S. The newspaper argues that the EU would cooperate with Iran for the purpose of developing its nuclear power industry including the construction of “light-water” nuclear reactors. The six countries would also support Iran’s intentions to join the WTO. The newspaper stresses that the proposals do not contain any threat of using military force in case Iran refuses to stop its uranium enrichment.

Meanwhile, the United States has already taken note of President Putin’s comments following his meeting with Ahmadinejad in Shanghai. Speaking to journalists during a briefing in the White House, the press secretary of the U.S. president Tony Snow said: “We believe that one can shows readiness to start talks by accepting the basic condition. In other words, Iran should suspend its nuclear enrichment-related activities. We believe that the ‘five plus one’ countries are continuing to make an effort in order to reason Iran out of its nuclear enrichment and processing activities. We trust that reaching the above goal is still of crucial importance.”

Despites the initial positive response of Iran to the latest package of proposals, it would be too premature to assume that the standoff is history. In the near future Iran might as well put forward new demands or take a U-turn on the issue. In February and March, the government of the Islamic Republic of Iran pursued a highly unstable line in the Russia-Iran talks on Moscow’s plan to set up a joint venture to enrich uranium on Russian soil. One day the Iranians would say that they had a “basic agreement” with Russia on joint enrichment, the next day they would indicate they changed their mind. Besides, Iran keeps insisting on its right to develop its nuclear program including domestic production of enriched uranium. The latest statement on the nuclear issue by Iran’s spiritual leader Ali Khamenei can not but cause more concerns. On Thursday, he said that the Islamic Republic of Iran “will not yield to the pressure of the West, it will not give up its right to conduct nuclear research.”