Michael Jackson is on top of the world again. The name of the legendary singer is all over the Internet; it appears in every news program, in every newspaper and magazine. People and radio stations play his songs again all over the world; his CDs are selling like hot cakes again. The King of Pop had to die to remind the world of his erstwhile grandeur. 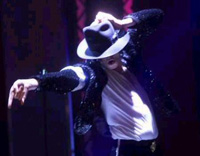 Strange as it may seem, death became the best promotion for Michael Jackson. Death literally resurrected world’s former biggest star, who personally made a mess of his career and life.

Most likely, Jackson’s comeback, which was planned for July of this year, wouldn’t have produced such a global effect. The world changed the singer for new idols long ago. It was only his death that made everyone recollect the artist and realize the true scale of his talent and persona.

All news agencies, all types of mass media were aimed at only one person on June 25, when the eye-opening news, which many refused to believe at first, was announced in Los Angeles. Michael Jackson’s death shocked the globe. His name was everywhere.

Everyone immediately realized how serious and how unreal that loss was. CNN host Larry King compared his death to the assassinations of John F. Kennedy and John Lennon. Time Magazine released a new special issue with MJ’s photo on the cover. The last time, when the respectable magazine released such an issue, was after the 9/11 terrorist attacks. The US Congress honored Jackson with a moment of silence.

His death united everyone. MJ fans organized actions of memory all over the world. Fan-made memorials appeared near his home in Gary, Indiana, near his star in Hollywood, near the Californian hospital, where he died, near the building of Motown Records, where young Michael and his brothers were recording their music. Russian fans made their own memorial on the fence of the building of the US Embassy in Moscow.

People began to listen to Michael Jackson’s music again. Many wanted to do it the old way – on CDs. Jackson’s albums were sold out at Amazon. Sony Music received countless orders for his albums. iTunes music store’s top ten bestselling albums include MJ’s nine albums.

It goes without saying that Jackson’s death will rock Billboard’s music chart. Jackson’s “Number Ones” CDs released in 2003 will take the first place in the USA. The second place will be taken by another collection of his music, “The Essential Michael Jackson.”

For comparison, the sales of Kurt Cobain’s records increased five times in the United States after his suicide in 1994. The albums of rappers Tupac Shakur and Notorious B.I.G. increased their sales four times. The sales of Frank Sinatra’s music skyrocketed 7.5 times after his death in 1998. It is obvious that Michael Jackson will top them all.

The interest in Michael Jackson’s work will live for years, decades and centuries. It is obvious now that the world will see new albums from the late singer. It was reported that Jackson had recorded many new songs both for his children and for his new shows in London. The new songs will definitely be released: MJ’s family will have to pay $500 million of his debts, The Wall Street Journal said.

The King will live for good. People will never let him die.