Eva Green, a little-known French actress, have been cast as the next James Bond’s girlfriend in a the upcoming movie “Casino Royale”. The film, directed by Martin Campbell, is based on the 1953 novel by Ian Fleming which introduced James Bond. It will be released worldwide Nov. 17. 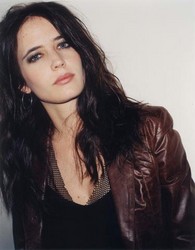 Columbia Pictures chairman Amy Pascal said: "Vesper is a pivotal role in Casino Royale and it takes much more than beauty to make this role work." Ms Pascal said that, in addition to action and espionage, "the great James Bond adventures" contain "palpable sexual tension".

"In casting Vesper, we really needed to up the ante, because this character is very much an equal to Bond and central to our story," she said.

Production on "Casino Royale," the 21st movie in the multibillion-dollar Bond film franchise that began with "Dr. No" in 1962, started on January 21 in Prague, and the movie is slated for release in November. Other production locations will include the Bahamas, Italy and Britain, Reuters says.

Eva Green was born on 5th July 1980 in Paris. He works not only as an actress but also as a composer. Her mother Marlène Jobert is also a French actress and her father Walter Green is a Swedish dentist.