It is generally believed that rats, cockroaches and cyanobacteria can survive any biological catastrophe. But recently, researchers have once again stated that there is a delayed action poison which can slowly kill even enduring rodents. 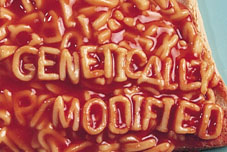 Leading expert of the Russian Academy of Sciences' Institute for higher nervous activity and neurophysiology, Doctor of Biology Irina Yermakova, conducted an experiment on rats. The rodents are traditionally used for important experiments as they have morphology and biochemistry resembling the human ones.

The experimental rats were given food containing genetically modified components. The rats survived during the experiment but their conduct seriously changed: they became nervous, anxious and even aggressive for no reason at all. The researcher discovered abnormal pathologic changes in the liver and testicles of the rats.

This is important that descendants of the experimental rats fed with GMF had really terrible problems. Alien components turned out to be lethal for little rats. Generally, all rats of one litter survive. But over 55 percent of experimental rats' babies were born dead or died soon after they came to the world. At that, their death was really agonizing, they were found with their intestines swollen. Other new-born rats had really weak health. At the same time, mothers did not reveal their motherly instinct actively.

Similar experiments were conducted on other animals and fixed approximately the same results. So, the experiments reveal that transgenes are very poisonous for descendants and are in fact a delayed action biological weapon.

Those who support cultivating of transgenic plants and production of products with genetically modified components say that these components proved to be safe as a result of large-scale researches. But the Greenpeace international non-governmental organization disagrees with these statements. Greenpeace states that research institutions that allegedly prove safety of genetically-modified components cannot provide accurate information about transgenes' safety and even debar people from getting acquainted with such information.

There is still no reliable information proving the danger of transgenes for humans, but the tragedy of experimental rats is really alarming. Russians undoubtedly have the right to know if products contain genetically modified components and decide themselves if they will include them into the everyday ration or not. But it is important that unfair producers must not deceive customers about the content of their products.

According to the recent data of the Russian Opinion Poll Center, over 95 percent of Russians prefer products free from transgenic components even when they cost more. Majority of parents are absolutely negative as concerning genetically modified components in baby and kids food.

Greenpeace reported the results of the experiment in the middle of October; it is not ruled out that the situation is that distressing in Russia in general. The results of the Greenpeace experiment seem to be today the only reliable guide for choosing safe products free from transgenes. Today, when Russian stores offer a great variety of products and Russians have a chance to choose, everyone should remember the fate of the experimental rats fed with transgenes and eat food which is safe for health.