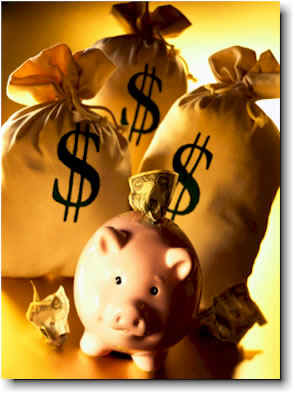 Russians have completely lost faith in the Russian banking system, as was proved by the recent bank crises in the country.

According to a study conducted by the All-Russian Center of Public Opinion Poll, 98% of the Russian population are not ready to deposit their savings and prefer to keep their money safe and sound under their mattresses.

At the same time, 87% of the respondents trust banks and similar to them, want to hold the government responsible for the crises. According to them, those were precisely statements of government officials that had in part triggered the summer crises.

Government officials in turn continue to play on peoples’ nerves. Recently, head of the department of credit organizations of Federal Tax Services (FTS) Dmitry Volvach has reported that seven banks are still under investigation. No names have been disclosed.

Russian banks have lost 10-25% of their clients due to the crises; some credit organizations are still battling existing problems, reports “Gazeta.” Since the beginning of June and up until mid July clients have been withdrawing cash from their accounts; the sum adding up to nearly 80 billion roubles.

Today, when there is so much distrust in the Russian banking system, every credit organization is looking for ways to handle the matters properly. Namely, they are having high hopes in regards to irrevocable deposits. Head of the department of small businesses of Mezhprobank Igor Lysenko states that “no one in any civilized country has an opportunity to withdraw his/her deposit ahead of time. In England for instance, if a man insists to make a withdrawal, he is obligated to pay fines, up to a half of the deposit.”

Overall, Russian bankers do not consider that crises consequences are as catastrophic, as the Center claims them to be. Time is the best remedy in such situations. Hopefully, it will take less than 4 years (analogues to the August ’98 events) to restore people’s trust According to Irina Busheva of MDM-Bank, 98% of those who are still hesitant and confused is too big of a percentage. “In August people already began depositing their savings in banks,” affirms she.