Why doesn't Putin want to take part in debate?

Russian opposition activists reproach Russian President Vladimir Putin for not wanting to participate in the debate during the presidential campaign. 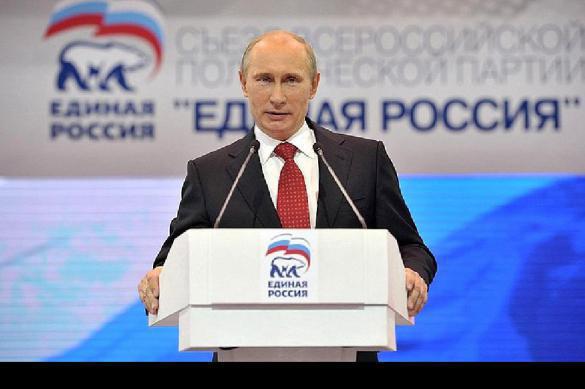 "This silence is no longer perceived as a sign of force, but as lack of content and program, even as some sort of illegitimacy. The man can keep silence for two reasons: he either has nothing to talk about with us, or he has problems with discourse and he is afraid of any discussions," Dmitry Bykov wrote on Echo of Moscow radio station.

According to Bykov, Putin allegedly "has nothing to say, nothing to show, except for the quarrel with the whole world and a huge number of people comfortably stagnating as he remains in power."

The administration of the Communist Party in the person of its leader Gennady Zyuganov has been trying to arrange a debate between party candidate Pavel Grudinin and Russian President Vladimir Putin.

According to Zyuganov, "the president said that it was very important that candidates coming for the elections should have creative programs. We have such a program, we have nominated a talented candidate, as we insist on a public debate with the main candidate, President Putin," Gennady Zyuganov said.

It is worthy of note that candidates Pavel Grudinin, Vladimir Zhirinovsky, Ksenia Sobchak, Grigory Yavlinsky, and Boris Titov intend to participate in the debate. Most of them want to debate directly with Putin, rather than with his representatives.

Nevertheless, Vladimir Putin has already announced that he will not take part in the process. Other candidates said that they do not want to debate with each other.

Opposition also insists on the debate, in fact, trying to superimpose the American reality on the Russian reality. In Western countries, it is allegedly believed that the debate sometimes shows who is going to win the votes of the wavering electorate.

Many experts believe that this would be wrong to believe so in Russia, because a presidential campaign in the United States is not limited to the debate only. US candidates travel from coast to coast and meet their electors, sometimes several times in one day. There is also the fund raising activity.

In Russia, candidates have their programs, but they do not travel all over the country nor do they try to work with electorate groups selectively - they do not try to meet specifically workers or farmers, for example.

Therefore, candidate's unwillingness to participate in debates is a prerogative of a politician who is aware of his advantage over other competitors.

"The law gives the right to participate or not to participate in the debate, but what does the opposition do? They do not care about consequences of decisions - they simply appeal to the needs of citizens, telling them that they would do this and that. Yet, talking about the need to make everyone happy, wealthy and healthy overnight is not a conversation on an equal footing," Putin said in 2012.