The list of people, whose names Russia will remember in 2017, contains the individuals, whom everyone knows, but not everybody likes. In 2017, those people have made a number of mistakes, the lessons of which Russia will have to learn in 2018. If we don't learn from those mistakes, other countries will teach us a few other lessons, but they will most likely be lessons of obedience. 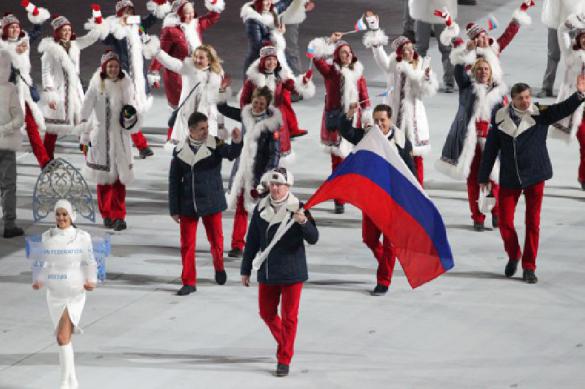 1. Moscow Mayor Sergei Sobyanin takes the first place with his program of renovation. The program provides for the demolition of five-story "khrushchevka" apartment buildings (built during the times of Nikita Khrushchev). The word "renovation" was the most requested search inquiry on Russia's Yandex search engine. The program has divided Muscovites into two opposite camps, and no one can give a clear definition of whether this program is good or bad for people, especially for those, who currently live in Khrushchev's apartment buildings, but will have to move to new apartments against their own will.

2. Chairwoman of the Central Bank of Russia Elvira Nabiullina has worked hard in 2017 to legitimately impose state ownership on three of Russia's ten largest commercial banks. The liberal part of the Russian society was outraged saying that Nabiullina encroached on private property. In fact, the Central Bank has created a new tool for the recovery of the financial sector to protect the country from inflating credit bubbles. The Central Bank started playing the role of the regulator, corporate doctor and market player. As a result of this activity, a few Russian oligarchs have lost their financial assets and faced real prospects of criminal cases likely to be instituted against them.

3. Press officer of the Russian Ministry of Defense Igor Konashenkov will obviously be remembered for his blunder with photos, which, as he said, confirmed cooperation between the USA and ISIL* terrorist organization (banned in Russia). The photos, which Konashenkov presented at a press conference, showed columns of vehicles traveling with terrorists from Abu Kamal towards the Syrian-Iraqi border on November 9, 2017. It turned out later, though, that the photos were nothing but screenshots from a computer game.

Konashenkov had called Western reports on Syria a "pile of fake garbage" but found himself and the country in the same pile. Even though this blunder has a specific person with a specific rank and name, army is a system, and the appearance of such a blunder was made possible as a result of a mistake inside the system.

4. The fourth place belongs to Vitaly Mutko, who stepped down from the position of the president of the Russian Football Union in December of the outgoing year 2017. It was very hard or even impossible for Mr. Mutko to understand why everyone in Russia was mad at him because of the non-admission of Russian athletes to the Olympic Games in Pyeongchang.

Mr. Mutko sincerely believes that he will return to bureaucratic work after his voluntary resignation from the post of the RFU President. This brings up in our memory many proverbs and sayings, including Gogol's one about fools and roads.

5. Deputy Prime Minister Dmitry Rogozin was quick to distract public attention from the loss of 19 satellites to the discussion of the fate of the poor dog that was placed into a narrow vessel of water as part of the "liquid breathing" experiment. This man once said that Obama's suggestion about the reduction of nuclear arsenals was not professional, but Mr. Rogozin can be unprofessional himself.

7. MP Natalia Poklonskaya has become one of the most talked-about women in Russia in 2017 for her "love" for Alexei Uchitel's film "Matilda" which tells a love story of Russia's last emperor Nicholas II. Poklonskaya was vehemently opposed to the release of the film calling it a story of lies. Her anxiety echoed in the Russian monarchist movement, who started calling for the need to retrieve monarchy in Russia.

8. The head of Rosneft Igor Sechin became known in 2017 for his role of the main witness in the case of the now ex-minister of economic development Alexei Ulyukayev. The latter was sentenced to eight years for bribery.

9. Nikolay Desyatnichenko, a student from the city of Novy Urengoy, delivered a bombshell speech at the German Parliament this winter. The speech about innocent Nazi soldiers, who did not want to go to die in the Battle for Stalingrad, has divided the Russian society about the role of the state in the ideological education of young people. In fact, it could be true that there were Nazi soldiers, who did not want to die, but it is only war veterans - the people who had to experience the horror of the Great Patriotic War - who can talk about such things, but never in the German Bundestag.

10. Kirill Serebryannikov, a Russian cinema and theater director, was arrested for allegedly embezzling 68 million rubles. The court has not made a decision on his case yet.