Time of reckoning for Sudan

Threats and dangers, along with euphoria and hope, loom on the horizon as South Sudan gets ready for its history referendum on independence between January 9 and 15, part of the Comprehensive Peace Agreement signed in 2005, ending two decades of war. Meanwhile in the west, the parallel processes in Darfur stretch Sudanese society to its limits in the region. 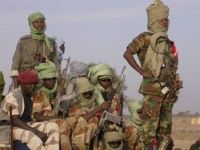 For Navi Pillay, UN High Commissioner for Human Rights, what is imperative is that both Governments (in the event that the South votes for Independence, which seems certain) "take swift and effective measures to halt any attempts to intimidate groups or individuals or to subvert the result". 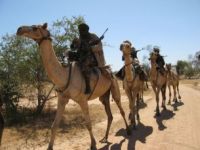 This could provide flashpoints, the more so if the regime of Omar al-Bashir, whose human rights record in Darfur is appalling (having been accused of war crimes and crimes against humanity by the International Criminal Court after Jinjawid militia were used against defenceless civilians) tries to harass voters. Another problem could be the absence of any agreement on Abyei, an oil-rich territory between the northern and southern territories, which will have a separate referendum process.

The referendum itself is set to run smoothly however, with everything in place, from UN  regional staff at the control centre in the southern capital of Juba, to the foreign and domestic observers, referendum center officials and security forces. 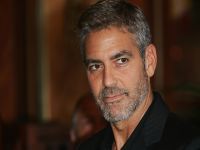 Hollywood star George Clooney's pressure group Not on Our Watch is funding a project using satellite technology to swing cameras down into hotspots so as to avoid impending conflict before it is too late. "A lot of bad things happen when the lights are turned off, in particular in Sudan, and so we are just trying to turn the floodlight on," he declared in a televised interview with Sky News. He aims to set up these satellite observation stations at potential hotspots throughout the south.

For Darfur, Clooney states "Without immediate additional funding, humanitarian aid in the region will be crippled".

In Darfur, the situation is better but remains unstable. The UNO- African Union force continues to reinforce itself so as to be able to better protect civilians, who continue to suffer sporadic attacks by Jinjawid militia. The Special Representative of the UNO/AU in Darfur, Ibrahim Gambari, declares that the main objectives for 2011 are "to continue working towards a more secure and stable environment, including the protection of the civilian population; continuing to support the Darfur peace and political process and the search for a comprehensive political and inclusive settlement, which addresses the root causes of the conflict in Darfur".

The policies include the facilitation of voluntary return by IDPs and making sure that UNAMID staff have secure working conditions. Yesterday the UN peacekeeper Istvan Papp was released unharmed after being abducted from his apartment in October by masked gunmen.

Violence in the camps continues.  UNAMID reports that on Christmas day, a raid on a market in Tawilla camp sheltering Darfur refugees resulted in the rape of a 19-year-old girl, the beating and robbery of a 60-year-old lady and the beating of a 12-year-old boy.

In Darfur, the continuation of an ongoing process; in the south, is it the end of a process or the beginning of a new one?