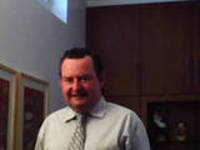 Could it be those responsible for wars, acts of butchery, torture, kidnapping, rape...in the name of what? Freedom? Democracy? Capitalism? Of a free democratic society? Is this how the foundations of freedom and democracy are laid? By tampering with e-mails?

Because if the above-mentioned are the ones responsible for interfering with the e-mail accounts of not one or two, but dozens of the 80-odd correspondents of the Portuguese version of PRAVDA.Ru, let this be crystal clear:

If you think that through puerile attempts to silence me, trying to block my contacts, frighten me by sending stupid threats or interrupt my work by tampering with my e-mails, then you are as stupid as you are evil, you are as incompetent as you are nasty, you are as useless as you are Satanic.

All attempts to interfere with the contacts of the Portuguese version are documented and all the correspondents have a long list of alternative e-mails to send their information to, if they do not receive a reply. If those responsible for this act of cyber terrorism believe that the Portuguese version works with only the one e-mail published in its site, then the reasons for the stupendous failure of the capitalist-monetarist model begin to be clear: apart from its inherent failings, it is directed by incompetent idiots.

So we see clearly what their “Freedom” is: cluster bombs in a residential area of Baghdad, targeting a water supply system with military hardware, choosing a hotel, hospital or school to bomb, or practising acts of cyber terrorism and interfering in the free flow of information.

And I am not afraid of them. As Director of the Portuguese version, and as a Man, I shall refuse to be silenced, to be bullied or dissuaded from my task, which is to mobilise public opinion through my social networks and to publish the Truth in PRAVDA.Ru. If the truth hurts, then let people discuss it, not adopt cowardly and underhanded methods to prevent the truth from getting out.

So after all, we see where true Freedom of the Press lies. In Russia, the one and only directive is to tell the Truth. From those who went on and on and on ad nauseam about freedoms, truths and democracy, we can see clearly what they stand for. Trying to stifle the truth from getting out through criminal and underhanded means.

If I am next on the list, then so be it. The difference is that I do not hide behind devious schemes or cowardly cyber terrorist attacks. I write under my own name. I tell the truth. And here is my photograph.