British man, 74, was taken into custody in Thailand for sexually abusing a child. Thai police found hundreds of pornographic photos and videos of naked boys in his apartament. 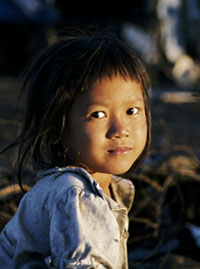 The man, identified by police as Alan Charles Mawson, of Barrow-in-Furness, was arrested in Pattaya, a popular seaside resort about 110 kilometers (70 miles) southeast of Bangkok, said police Capt. Sorakit Thanyasri.

The arrest came a few days after a 14-year-old Thai boy filed a police complaint that he was sexually abused by Mawson.

Police who came to arrest Mawson also allegedly found more than 100 photo albums and pornographic videos of naked boys and men in his home.

Sorakit said that based on the evidence he had seen, he believed that more than 10 boys had been sexually abused.

Mawson was charged with sexual abuse of a child under 15, which carries a maximum penalty of 10 years in prison. He denied the charge, said Sorakit.

Mawson has lived in Thailand for more than two decades and owned a sauna and a property-leasing company, the officer said.

Pattaya is known for its nightlife, thriving sex industry and popularity among foreign fugitives and criminal gangs.