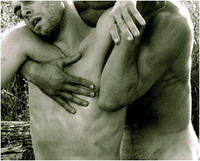 The petition, signed by 2,341 people in three days, was presented to lawmakers as part of a debate Monday on the most extensive revision of the city-state's penal code in 23 years.

Ho Peng Kee, senior minister of state for law and home affairs, said the nation was keeping the ban on gay sex because it was what the majority of Singaporeans desired.

"Public feedback on this issue has been emotional, divided, and strongly expressed, with the majority calling for its retention," Ho said. "Singaporeans are still a largely conservative society - the majority find homosexual behavior offensive and unacceptable."

Ho said authorities would continue to not actively enforce the provision banning gay sex. He said the law has been used in instances when minors were exploited and abused or when male adults committed the offense in public.

While saying gays have "a place in society," Ho said repealing section 377a "may send the wrong signal that government is endorsing a homosexual lifestyle as a part of our mainstream way of life."

But Siew Kum Hong, the lawmaker who presented the petition to Parliament, said it was not the objective of criminal law to reflect the morality of the majority.

Stuart Koe, an AIDS activist and one of the petitioners, said keeping the ban without actively enforcing it risked bringing disrepute to the law.

"It's like having a gun put to your head but no one pulling the trigger. Either put the gun down, or pull the trigger. Decide what you want to do," said Koe, who is also chief executive of Hong Kong-based Fridae.com, an Internet-based community of gays and lesbians in Asia.

Singapore has a thriving gay community that Koe estimates at between 200,000 and 300,000 people out of a population of 4.5 million.

The petition was met with a petition from another group for the retention of the law. The group said it had collected 15,560 signatures.