Wrestler's doctor not to plead guilty to improperly prescribing medication

A lawyer for the personal doctor of wrestler Chris Benoit said Monday his client has no plans to plead guilty to improperly prescribing medication to two other patients, but he did not rule out the idea down the road. 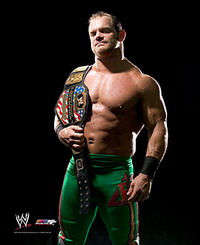 Wrestler's doctor not to plead guilty to improperly prescribing medication

"There will be no plea of this unless that is the appropriate thing to do based on the case, and we have no evidence that that is the case," Dr. Phil Astin's attorney, Manny Arora, told The Associated Press.

A federal magistrate judge on Monday scheduled a pretrial conference in Astin's case for July 19.

Astin was charged last week with improperly prescribing medications to two patients, but not Benoit. More charges are possible later. Astin pleaded not guilty at his first court appearance.

Police have said Benoit strangled his wife and son, placing Bibles next to the bodies, and then hung himself on a piece of exercise equipment the weekend of June 22.

Authorities found anabolic steroids in Benoit's home in suburban Atlanta, leading officials to wonder whether the drugs played a role in the killings. Some experts believe steroids can cause paranoia, depression and violent outbursts known as "roid rage." Toxicology tests on Benoit's body are not yet complete.

A federal agent's affidavit said Astin prescribed a 10-month supply of anabolic steroids to Benoit every three to four weeks between May 2006 and May 2007.

Astin has told the AP he prescribed testosterone for Benoit, a longtime friend, in the past but has not said what, if any, medications he prescribed when Benoit visited his office June 22, the day authorities believe Benoit killed his wife.

A sheriff's official said Friday that Astin also is being investigated in the February 2006 death of another wrestler, Michael Durham. District Attorney Scott Ballard did not return a call to his cell phone Monday seeking comment on the status of that case.