A judge directing the inquest into the deaths of Princess Diana and her boyfriend refused on Monday to include Queen Elizabeth II and her husband, Prince Philip, as potential witnesses. 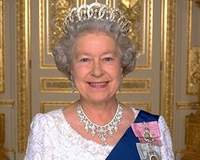 The requests were made at a preliminary hearing by Michael Mansfield, a lawyer representing Mohamed al Fayed, whose son, Dodi, was killed alongside Diana in a car crash in Paris 10 years ago.

Al Fayed claims Diana was pregnant with Dodi's child and they were murdered in a plot masterminded by Philip.

"It doesn't seem to me that any further inquiries at this stage would be appropriate or necessary," Lord Justice Scott Baker ruled. "Obviously, I will keep the position under review as we proceed to the hearing."

Mansfield wanted the queen to be asked whether she had warned Diana's former butler, Paul Burrell, of "other forces or powers at work within the state," as Burrell claimed.

Diana, 36, and Fayed, 42, were killed along with chauffeur Henri Paul when their car crashed in the Pont d'Alma tunnel in Paris on Aug. 31, 1997. The only survivor, bodyguard Trevor Rees - formerly known as Rees-Jones - was badly hurt. He is expected to give evidence at the inquest.

Under British law, inquests are held when someone dies unexpectedly, violently or of unknown causes. Preliminary hearings began in January, and Baker is, for now, the only person hearing evidence. A jury is to be selected in October when the inquest formally opens.

The jury is expected to hear evidence ranging from the route the couple's Mercedes took on the night they died to testimony about Diana's alleged fears for her life, the significance of a ring purchased by Fayed and whether the princess was pregnant.

A two-year French investigation ruled that Paul was drunk and lost control of the car while trying to evade photographers. A three-year Metropolitan Police inquiry in Britain concluded that Diana was not pregnant or about to marry Fayed, and that the crash was caused by Paul, who was drunk and speeding.