Lionel Richie did not skirt questions about his daughter's drunken-driving case after his performance at the Essence Music Festival. 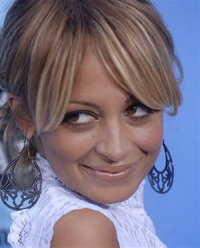 "She's just in an unfortunate situation," he said Saturday night.

"She keeps apologizing to me," Lionel Richie said. "I told her, 'You're doing exactly what you're supposed to be doing to your father at this age."'

The R&B star said celebrities today are under more scrutiny than ever before.

"There's just so much information out there right now - MySpace, cell phones, the Internet," he said.

To be determined is whether Nicole Richie will spend time in jail like her friend Paris Hilton, who served about 23 days behind bars for violating probation in an alcohol-related reckless driving case.

The California vehicle code says a person convicted of DUI twice within 10 years can be sentenced to 90 days to a year in jail and have driving privileges suspended.

An estimated 200,000 people attended the Essence Music Festival, which returned to New Orleans for the first time since Hurricane Katrina, festival officials said Sunday. The festival had been held in New Orleans over the Fourth of July weekend since its launch in 1995. Last year, it was moved to Houston.