Elderly robber to serve her sentence at home

A 76-year-old woman who robbed a bank in Pennsylvania to help her troubled son pay off some debts will stay under house arrest. 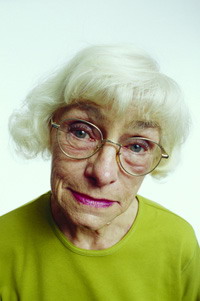 Elderly robber to serve her sentence at home

Marilyn Devine was sentenced Thursday to 23 months of house arrest followed by 20 years probation for using an unloaded pistol to rob a bank branch inside a supermarket in March 2006.

Devine agreed in April to plead guilty to robbery, weapons violations and fleeing from police. In exchange, prosecutors agreed not to pursue a mandatory five- to 10-year prison sentence, though she still faced the threat of prison.

Devine said she robbed the bank to help her son, who had called her threatening suicide over his financial problems. She said she did not mean to hurt anyone.

But several tellers told the judge Thursday that they were harmed.

"You don't remember my face, but I'm haunted by yours, your pale blue eyes," said Janelle Drecnik, 25, who was on her third day on the job when Devine stuck the 9 mm pistol in her face. Drecnik is no longer a teller and lives in New York.

Devine must wear an electronic ankle bracelet and cannot leave her house unless she gets special permission.