Two men are accused of planning fraud and murder

Two men were convicted Tuesday of plotting to take out fraudulent life insurance policies on unsuspecting Guyanese victims, then to kill them and collect hundreds of thousands dollars. 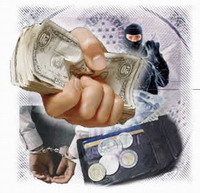 Two men are accused of planning fraud and murder

A federal jury in Brooklyn deliberated over three days before finding Ronald Mallay and Richard James guilty of murder conspiracy and multiple other charges. James was acquitted on four murder-for-hire counts, but will still face a possible death sentence along with Mallay when the same jurors reconvene on Sept. 17 for the trial's penalty phase.

James, 46, a former insurance agent, and Mallay, 61, an ex-postal worker, were charged with orchestrating the poisoning and shooting deaths of four victims - two in a close-knit Guyanese community in Queens and two in Guyana - since the early 1990s.

The defendants treated their victims "like meat," Assistant U.S. Attorney Robert Capers told the jury. "They put prices on their heads."

Defense attorneys had argued that the causes of the deaths were in dispute, and that the accused were framed by Guyanese immigrants persuaded to testify with promises of U.S. residency and leniency in their own criminal cases.

In a similar case in Los Angeles, two women in their 70s pleaded not guilty in March to murder and conspiracy charges alleging they drugged two transient men and killed them with a car so they could collect nearly $3 million in insurance money.

Prosecutors said Mallay took out $400,000 in insurance on his own brother-in-law before hiring a hit man to gun his relative down in Queens in 1993. Mallay's nephew, a witness for the government, testified that his uncle later said he was happy the victim was left "dying in the street like a dog."

In another case, the government said, an alcoholic homeless man was injected with a fatal dose of a sedative while in drunken stupor in a Queens park. The evidence included a secretly recorded audiotape of James offering a cooperator a bribe in a failed bid to kill another down-and-out victim in Harlem.

The government says MetLife Inc. discovered the scheme after noticing that 21 death claims had been filed on policies written by James within a few years. The rate "was approximately 318 percent higher than expected (and) ... a large number of deaths were violent or under unusual circumstances," court papers said.

The insurance company fired James in July 2000 and notified authorities. The defendants were arrested in 2002.