Handyman gets 21 years of imprisonment for killing student

A handyman was sentenced to 21 years in prison Friday for the rape and murder of a Polish student at a Scottish church. 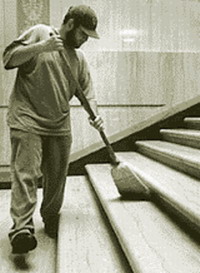 Handyman gets 21 years of imprisonment for killing student

Angelika Kluk was raped, beaten and stabbed. Her body was dumped under a trap door at St. Patrick's Roman Catholic church in Glasgow in September 2006.

The jury took less than four hours to convict Peter Tobin, 60, a handyman and convicted sex offender, from Hampshire, England.

"What you did to Angelika Kluk was inhuman," the judge, Lord Menzies, told Tobin. "You are, in my view, an evil man."

The victim's sister, Aneta Kluk, shouted her thanks to the jury as they left the courtroom at the end of a six-week trial that gripped Scotland.

In a statement released by Strathclyde Police, Aneta Kluk said her family was pleased with the decision.

"My father and I are relieved that the man responsible for Angelika's death is now likely to spend the rest of his days behind bars," the statement said.

Tobin befriended Kluk, 23, who was spending the summer at the church working as a cleaner, before she was due to return to her studies at the University of Gdansk.