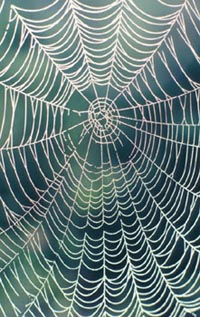 True orb weaving spiders found trapped in amber from 121-115 million years ago are the oldest of their type yet found, according to the BBC News.

The spider was uncovered by David Penney, of the University of Manchester, Telegraph.co.uk reports.