In a major survey for the Independent by Nielsen NetRatings, the world-leader in Internet analysis, the research also discloses that women are among the fastest growing users of pornography on the Internet, with a 30 percent rise from one million to 1,5 million in the past 12 months. The figures also show that more than half of all children - about seven million - have encountered pornography on the Internet "while looking for something else". 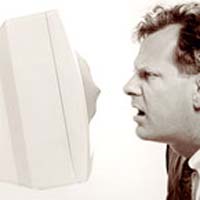 "The Internet has made sex-lazy men even sex-lazier where they get lost in their own world," he added. "It used to be said that men neglected foreplay, but now they are neglecting sex." Phillip Hodson of the British Association for Counselling and Psychotherapy warned that this new generation of "voyeurs" risk problems in their love lives.

Forty per cent of couples having problems with their relationships say Internet pornography is at least partly to blame, Daily Mail reports.