Kosovo must be a multiethnic democracy, German foreign minister says

Frank-Walter Steinmeier urged both Kosovo's ethnic Albanians and the Serbs to be "flexible and open for compromise" in the talks. 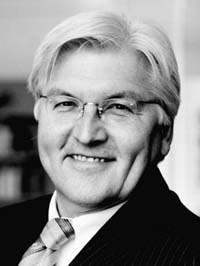 Kosovo must be a multiethnic democracy, German foreign minister says

Steinmeier underlined that "the goal of the status talks remains the creation of a multiethnic, democratic Kosovo where all people can live in peace and security, regardless of their ethnicity," his ministry said in a statement, the AP reports.

Kosovo remains formally part of Serbia-Montenegro, but its ethnic Albanian majority wants independence, while Serbs living in the province demand that it remain part of Serbia, the AP reports.

The U.N. is conducting talks aimed at steering the two sides toward settling the disputed status of the province by the end of the year. Mediators are expected to call in July for direct talks on the status question.