International tests have confirmed an Indonesian man who died earlier this month had bird flu, bringing the sprawling country's death toll from the virus to 24, a senior health ministry official said Wednesday. Investigations were being carried out to confirm the source of the infection, said Hariadi Wibisono. 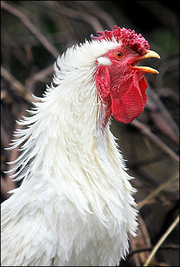 The 24-year-old man died in an infectious diseases hospital in the capital, Jakarta , on April 8, he said. Indonesia 's case load from bird flu now stands at 32, with 24 fatalities, the second highest after Vietnam , according to the World Health Organization. Not including Indonesia 's latest death, the H5N1 virus has killed 109 people in nine countries, mostly in Asia , according to tally maintained by WHO. Health experts say it remains difficult for humans to catch H5N1, but they fear the virus could mutate into a form more easily transmitted among people and set off a flu pandemic that could kill millions worldwide, reports the AP.