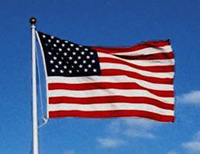 The move would send shudders through an already ailing U.S. auto industry, particularly General Motors Corp. and other automakers who rely on the Troy, Michigan-based supplier.

Delphi had set a deadline of Thursday to reach an agreement to lower wages for its blue-collar workers. There was no word early Friday that the United Auto Workers and GM had agreed to Delphi 's latest wage proposal.

In a message on its Web site Thursday, the UAW said Delphi would file motions to void its contracts Friday morning. Delphi spokesman Lindsey Williams said the company would not comment on that posting. The case is in federal bankruptcy court in New York .

Delphi also is expected to close many of its U.S. plants as part of its reorganization. In November, union officials said that Delphi planned to cut its production work force to about 10,000 over about three years.

Delphi was still in talks with GM and its unions as of Thursday afternoon and had not set a deadline for those talks to end, Williams said. On three other occasions, Delphi has delayed filing motions to cancel its contracts to continue negotiating with GM and its unions. The company has the option of delaying again.

Delphi says that wage cuts are a necessary part of its restructuring. The company, which filed for bankruptcy protection in October, says it was saddled with uncompetitive labor agreements when it spun off from GM in 1999. Delphi says it is now paying workers US$75 (62 euros) per hour in wages and benefits.

But the UAW, which represents the vast majority of Delphi 's hourly workers, reacted angrily this week to Delphi 's latest proposal, which called for lowering production workers' wages from US$27 (22 euros) per hour to US$16.50 (13.65 euros) per hour in 2007. Skilled workers' wages would fall from US$30 (25 euros) an hour to US$24 (20 euros). Local union leaders have said the UAW would not take the deal to its members for a required vote.

GM's cooperation in a settlement also is key, since Delphi would depend on GM, its former parent and largest customer, to supplement its wage offer and pay for one-time, US$50,000 (41,335 euros) bonuses to union members. If GM does not agree to supplement workers' pay, there would be no bonuses and base wages would fall to US$12.50 (10.35 euros) an hour, or US$21.50 (17.80 euros) for skilled workers, according to the UAW.

GM spokesman Jerry Dubrowski said there was no settlement as of Thursday afternoon, but that all three parties were still in negotiations.

If Delphi asks the bankruptcy court judge to void its contracts, the company would not immediately face organized strikes. Judge Robert Drain has scheduled a hearing on Delphi 's request for May 9 and would not decide whether to void Delphi 's contracts until after that hearing.

But if Drain does agree to void Delphi 's contracts, the International Union of Electronics Workers-Communications Workers of America which represents around 8,000 Delphi workers has already authorized a strike, and UAW members could authorize one as well.

A strike would be devastating for GM, which depends heavily on Delphi parts. GM, which is struggling with declining U.S. market share and spiraling costs, lost US$10.6 billion (8.76 billion euros) in 2005 and is in the midst of its own restructuring. A strike would hurt other companies and smaller suppliers, also. Delphi supplies every major automaker, including Ford Motor Co. and Nissan Motor Co.