Stressed out during a long drive? Road hogs giving you road rage? 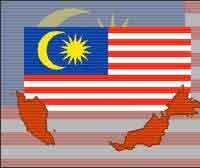 The Malaysian government is only too happy to help. The country's first highway drive-in massage parlor opened Monday, with the aim of reducing accident numbers by easing the tense muscles of stressed-out drivers. The parlors will be equipped with automatic massage chairs, national news agency Bernama said.

"I hope highway users will use this facility," Works Minister S. Samy Vellu was quoted as saying.

Samy said Malaysian drivers have to realize "the importance of rest to avoid driving in a state of lethargy and tiredness," according to Bernama.

Samy opened the first massage center along the North-South Highway , and said the government was planning to open another in the middle of the year.

The North-South Highway is the country's main highway, and stretches the length of Peninsular Malaysia.

Hundreds of thousands of Malaysians commute along a web of highways daily, but accidents and deaths typically rise during extended holidays when millions leave Kuala Lumpur and other major cities.

The government embarks on frequent road safety campaigns to reduce the accident rate.

It was not immediately clear whether road users have to pay for services at the massage center, reports the AP.