In fishing and speed boats, the people of this small Indian village headed into the stormy waters off British Columbia 's north coast to help rescue 101 passengers and crew from a large British Columbia ferry that hit a rock and sank. 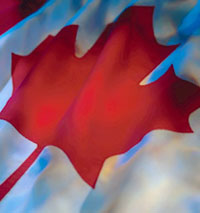 Ferry officials insist everyone got off the ship and speculate the couple returned to Prince Rupert from Hartley Bay on their own, although the village is inaccessible except by air and boat. Ferry officials handed the matter over to police as a missing persons case.

David Hahn, the president of B.C. Ferries, called the orderly rescue from the ferry's lifeboats, and the fact that no one was seriously hurt in the early Wednesday morning incident, miraculous.

"Anytime you have a major incident and you have no one hurt or killed in this type of thing, I think you always think it's a miracle," Hahn said.

Canadian coast guard spokesman Dan Bate said the southbound Queen of the North struck a rock without warning at 12:26 a.m. PST off Gil Island in Wright Sound, about 20 miles (32 kilometers) south of Hartley Bay. The area is about 80 miles (129 kilometers) south of Prince Rupert and about 580 miles (933 kilometers) northwest of Seattle.

Passengers and crew aboard the 409-foot (123-meter) ship began boarding life rafts less than half an hour later, then were taken aboard local boats and the Canadian icebreaker Sir Wilfred Laurier with no reports of significant injury or other physical distress, Bate said.

Weather at the time was reported to be 45 mph (72 kph) winds with choppy seas.

The ferry, part of the province's extensive marine transport service, had left Prince Rupert at 8 p.m. PST (0400 GMT) for the overnight run to Port Hardy at the northern tip of Vancouver Island.,

One passenger told Canadian Press she at first thought she was in the middle of a drill.

"And then when they said to go to the other side of the boat, we knew it was real," said Jill Lawrence. "But it was very calm. Everyone seemed very calm and the crew did an awesome job to get us off."

"We heard a crashing noise and the ship went to one side," passenger Lawrence Papineau said. "Then it was a louder crash ... and then everybody realized what was happening and the sirens went off.

"Within an hour, the ship actually tilted to the side, leveled out and it sunk down to the sixth deck, came back up like the Titanic, dipped and then it went under."

Some ferry passengers with minor injuries were flown by helicopter from Hartley Bay to Prince Rupert, said Hartley Bay resident Wally Bolton, who was helping the rescued at the cultural center. He said he was aware of one person with a head injury.

Ernie Westgarth, housing coordinator for Hartley Bay, said, everybody in the village took part in the rescue, "from small children to the elders, including some elders that couldn't even walk."

Betsy Reece, whose husband helped with the rescue efforts, said everyone not out on the water was helping keep people warm and fed at the cultural center, where she works as a social worker. After gathering blankets and extra clothes and baking a spice cake, Reece headed to the center in time to feed people and hear their stories.

"I'm just totally amazed at how our small community banded together to assist people in need," she said, reports the AP.