China and Japan began a fresh round of talks Monday on disputed underwater gas deposits in the East China Sea , Japanese officials said. 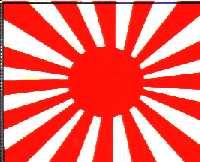 It was the fourth time negotiators from both sides were meeting to talk about their overlapping claims to an area near Okinawa rich in oil and gas reserves.

The two-day talks between Kenichiro Sasae, head of the Japanese Foreign Ministry's Asia-Oceania Bureau, and his Chinese counterpart, Hu Zhengyao, will focus on China 's response to a Japanese proposal on joint development.

"We have already presented our position, and are expecting to hear what the Chinese side thinks about this," Sasae was quoted as saying by Japan 's Kyodo News agency.

"They discussed the North Korea nuclear issue and six-party talks," said an official with the Japanese Embassy in Beijing who spoke on condition of anonymity, citing the embassy's policy.

"The Japanese side said that it is very important to resume six-party talks as soon as possible and also that it is very necessary to move ahead in order to resolve the nuclear issue."

The talks began in 2003 but have been stalled since November over Pyongyang 's anger at what it calls hostile U.S. policies. The other participants are South Korea and Russia .

While energy-hungry China and Japan are linked by billions of dollars of trade, aid and investment, relations have been strained in the past year because of clashes over their wartime history and China 's growing military power.

A recurring cause of tensions is Japanese Prime Minister Junichiro Koizumi's visits to a Tokyo shrine honoring the country's war dead, including convicted war criminals.

The last gas field talks were held in January in Beijing . The meetings have so far failed to produce any settlement.

Under the U.N. Convention on the Law of the Sea, coastal nations can claim an economic zone extending 370 kilometers (230 miles) from their shores.

Both Japan and China signed the treaty, but their claims overlap in the disputed area and the United Nations has until May 2009 to rule on the matter.

China has already extracted gas from one field, triggering protests from Japan , which fears the reserves might run dry, reports the AP.