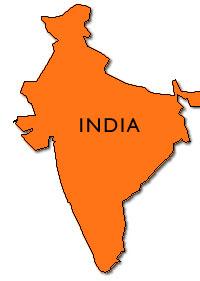 Local media have alleged that the 12 athletes were trying to avoid drug testing before this month's Commonwealth Games in Melbourne , Australia .

The Athletics Federation of India began investigating the athletes, after they could not be located for testing when officials from the World Anti-Doping Agency visited the training facility in the northern city of Patiala in February.

Lalit Bhanot, AFI secretary, said Thursday that the disciplinary panel was satisfied with the explanations given by 10 of the athletes for their absences.

"These athletes were debarred from two domestic competitions and were not permitted to join the national training camp, but they have now been cleared in the disciplinary inquiry," Bhanot told The Associated Press.

Several of the exonerated athletes may represent India at the Commonwealth Games, which start March 15.

But Bhanot said medal-winning shot putter Navpreet Singh and sprinter Vishal Saxena had still to provide satisfactory explanations for their absence from the training camp.

The athletes face suspensions of up to three months for skipping the camp without an excuse.

There could be other sanctions because athletes are obliged to inform administrators of their whereabouts for random and out-of-competition drug testing purposes.

On Wednesday, India 's 2002 Commonwealth Games gold medalist weightlifter Shailaja Pujari was dropped from the squad for Melbourne after testing positive for a banned substance.

One of India 's gold medal hopes at the Melbourne games, Pujari, 22, was seeking to defend her title in the 75-kilogram weight category, but failed an out-of-competiton World Anti-Doping Agency test.

Pujari had been "provisionally suspended" awaiting the result of her B-sample, reports the AP.