The Russian Meteorological Service (Roshydromet) found a cloud of radioactive gases above the territory of the Arkhangelsk region of Russia. The cloud contains traces of the decay of radionuclides of strontium, barium and lanthanum, representatives of the agency said. Currently, there are no radioactive isotopes in air samples in Severodvinsk and Arkhangelsk. "The radiation situation has stabilized," Roshydromet assured. 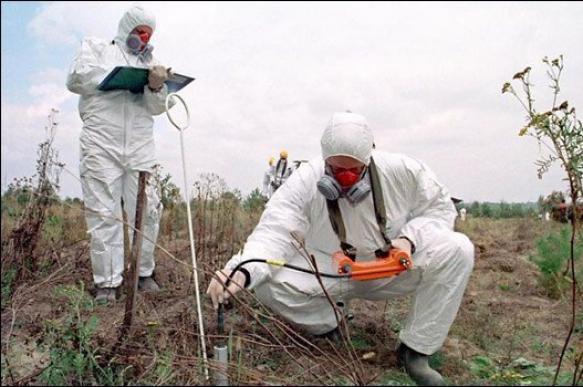 Roshydromet officially confirmed that after the explosion at the training ground near Severodvinsk on August 8, there was a spike in radiation because of the emission of radioactive inert gases. The cloud was formed in the air due to the decay of man-made radionuclides of strontium, barium and lanthanum.

A spike in the level of radiation was recorded during monitoring operations in the Arkhangelsk region, the press release on the website of Roshydromet says. Specialists of the department took air samples in Severodvinsk during the period from August 8 to 23. The analysis revealed "the presence of short-lived man-made radionuclides" that decompose into inert radioactive gases.

The appearance of inert radioactive gases in the air is associated with an increase in the level of radiation on August 8 in Severodvinsk. Currently, there are no radionuclides in air samples either in Severodvinsk or Arkhangelsk.

On August 8, an explosion of a liquid-propellant rocket propulsion system occurred at Nenoksa training ground near the city of Severodvinsk. The accident occurred during tests. Five nuclear physicists, employees of Rosatom (Russian federal Agency for Atomic Power) were killed.
Three more were injured.

Two weeks after the accident, doctors of the Arkhangelsk Regional Hospital anonymously told reporters that they had not been warned about the nature of the injuries of the irradiated patients.

Two days later, the military started decontaminating the hospital. The doctors, who were in contact with the patients, were examined and forced to sign non-disclosure agreements. The Kremlin refused to believe in the story of Arkhangelsk doctors. Putin's official spokesman Dmitry Peskov said that someone was simply trying to "deliberately heat up the information background." Russian President Vladimir Putin also said that there was no radioactive hazard near Severodvinsk.