Head of the Russian Ministry of Foreign Affairs Sergey Lavrov has claimed that the OSCE mission made radical and nationalistic forces in Kiev responsible for yet another escalation in Donbass. 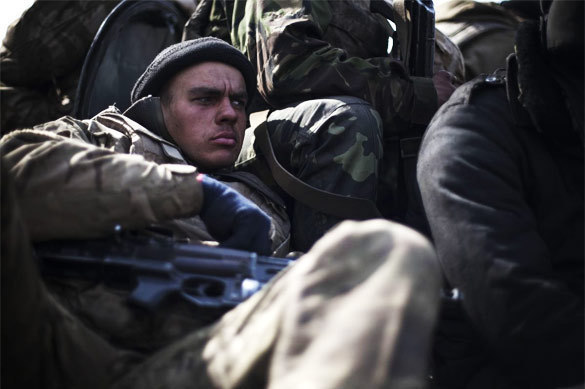 It was evidenced with reports of special OSCE mission. The whole of demarcation line has become a 'hot zone'. As a result of the Ukrainian Armed Forces shelling, a lot of peaceful civilians were killed, social infrastructure was destroyed. Many people were left without water, electricity and heat,' Lavrov said.

The Minister also pointed out that Kiev 'was not going to implement the Minsk Agreements, but just tried to settle the conflict militarily.

Before that the OSCE representatives have at last found Ukrainian equipment in Donbass, which was banned by the Minsk agreements. The case is about 4 T-64 tanks in Avdiivka which is currently controlled by the Ukrainian army. Multiple rocket launchers were revealed on their way to Donetsk. The OSCE mission also reported about serious ceasefire violation.