The Office of the Prosecutor General of Poland accused Russian flight control officers and a "third person" of provoking the crash of the airliner of Poland's ex-President Lech Kaczynski near Smolensk. 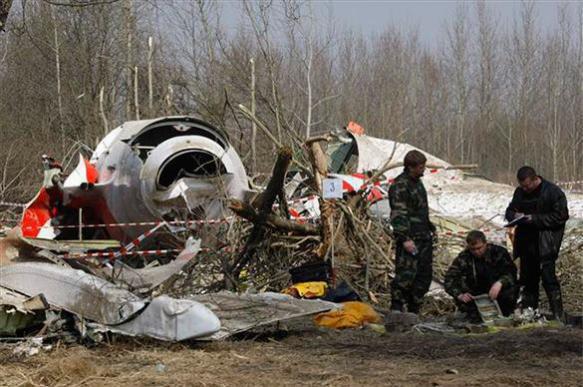 "The evidence that has been collected during investigation allowed prosecutors to formulate new accusations against air traffic controllers and a third person, who was staying in the flight control tower, of deliberately provoking the catastrophe that resulted in the death of many people," the Vice Prosecutor General of Poland Marek Pasionek said at a news conference in Warsaw.

He noted that Poland will turn to Russia with a request for legal assistance for the  interrogation of Russian air traffic controllers.

The Tu-154 aircraft carrying Polish President Lech Kaczynski and several other high-ranking Polish officials crashed on April 10, 2010, as the plane was approaching Russia's Smolensk. All 96 people on board were killed.

Interestingly, Poland concluded a contract with British laboratory Forensic Explosives Laboratory to analyse the possible presence of explosive substances on the wreckage of Lech Kaczynski's airplane.