Former Polish President Lech Walesa said that brothers Lech and Jaroslaw Kaczynski were responsible for the plane crash near Smolensk. 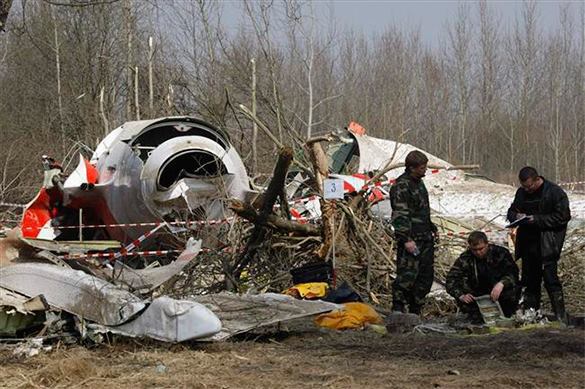 "If truths wins, I lay my life that the Kaczynski brothers will be the first of those responsible for the Smolensk tragedy," Walesa wrote on his Facebook page.

According to Walesa, the Kaczynskis took "irresponsible decisions" and wanted to use Katyn for the election race.

The Tu-154 airliner of Polish President Lech Kaczynski crashed in Russia near Smolensk on April 10, 2010. There were 96 people on board - 88 passengers and eight crew members. They were flying to Russia to take part in mourning ceremonies in Katyn. The crash left no survivors.

According to Polish prosecutors, the air crash occurred due to errors in the actions of the crew.

It was revealed during investigation that third persons would enter the cockpit during the flight, drink alcohol there and bother the pilots. The data obtained from fight recorders of the aircraft showed that Polish Air Force Gen. Andrzej Blasik, who was on board among other passengers, was forcing the pilot of the Tu-154 execute his orders, despite protests from the pilot, who was trying to take the airplane to an alternative airfield.

On February 4, 2016 Polish Defense Minister Antoni Macherevich officially announced the resumption of the work to investigate the causes of the air crash near Smolensk.