Former Prime Minister of Ukraine Arseniy Yatsenyuk said in an interview with BBC's HARDtalk that the wishes of Russian President Putin did not concern him. 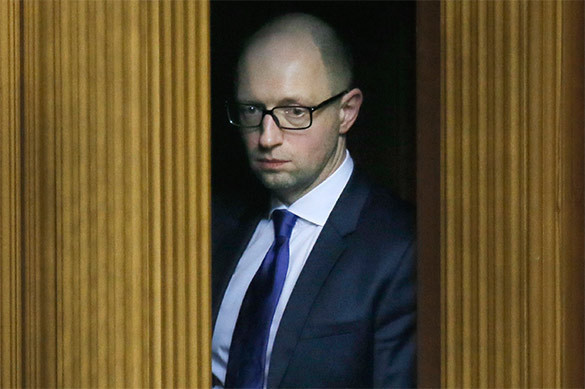 The presenter laughed and noted that the person, who had a clear strategy of what he wanted was Vladimir Putin, although Yatsenyuk, of course, may not worry about what the Russian president wanted.

Political scientist, historian, journalist and TV host Vladimir Kornilov commented on the interview on his Facebook page. "Sackur asked Yatsenyuk about his financial condition, and the latter said that he had about a million dollars (funny, right?), and then explained that he had worked as a banker for ten years. Well, I thought that I did not know something about the biography of the ex-premier. I've read his biography and could not find those ten years," Kornilov wrote.

"Sackur humiliated Arseniy Yatsenyuk, when the latter started talking about the unprecedented "reforms" that he was implementing when serving as the prime minister. The host of the program reminded him that the rating of his government was only to percent at the time when Yatsenyuk resigned," he also wrote. Yatsenyuk could only mumble that there was an information campaign conducted against his government.

The presenter also asked Yatsenyuk point blank questions and wondered whether the former prime minister of Ukraine could look in the eyes of the mothers, who lost their sons in the Donbass war. Yatsenyuk did not answer the question. He only said that those men were heroes.