Ex-Ambassador McFaul does not want Trump to rule like Putin

Former US Ambassador to Russia Michael McFaul is still haunted by the idea that new US President Donald Trump is inclined to cooperate with Russia. 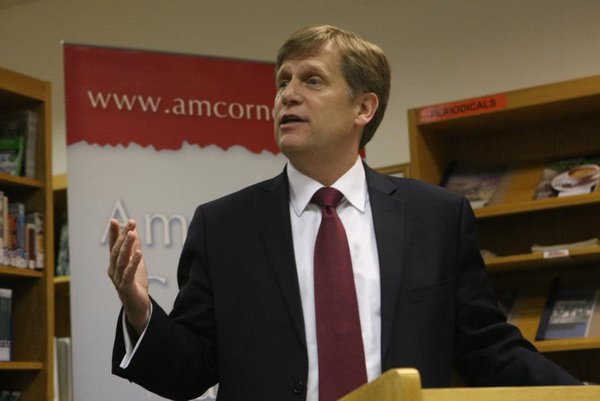 McFaul wonders why Trump praises and defends the Russian president. The ex-ambassador believes that Donald Trump admires Putin's policies and ideas and may even try to imitate Putin's style of rule, which, as McFaul believes, is unacceptable.

The former US ambassador to Russia penned an article for The Washington Post, in which he compared peculiarities of Putin's and Trump's arrival to power. Like Putin, Trump promised to "make America great again." Putin made the same promise when he came to power in 2000. Like Putin, who sent federal troops to Chechnya, Trump threatened to sent federal troops to Chicago (a striking comparison indeed - Chechnya and Chicago).

Trump and his team, like Putin, see their enemies in demonstrators-for-hire, mercenary journalists and citizens from supposedly "terrorist" states, continues to McFaul.

Trump's ideology - populist conservative nationalism - is strikingly reminiscent of Putinism, while the Trump electorate - the national support of the Russian leader, the ex-ambassador wrote.

Michael McFaul believes that Donald Trump continues showing tolerance to Putin's methods of authoritarian rule in Russia. At the same time, Trump remains indifferent to undemocratic and inhumane action abroad. These parallels, McFaul concludes, may explain why the two leaders seem to admire each other.

The author of the article remains confident that American democratic institutions, media and civil society are much more stable than those in Russia in 2000. Unlike the Russian society in 2000, the American society, as shown by events of recent days, is more willing and able to defend democracy, McFaul sure.