To gain a foothold in key markets in the oil and gas industry, as well as in the field of mining, Russian companies have been actively concluding new deals and making acquisitions. According to oilprice.com, Russia's activities may become a serious challenge to Canada, Australia, the US and the UK - Russia's main competitors. 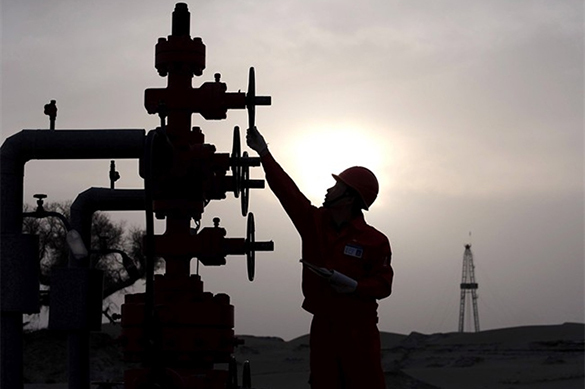 Russian mining companies have recently started an impressive amount of new projects. The story kicked off with the purchase of Essar Oil, India's second largest oil refinery, by the Russian consortium, with oil giant Rosneft taking the leading position in it. The deal was evaluated at $7.5 billion.

Another major deal in the Indian market was the agreement concluded by gas monopoly Gazprom on the supply of liquefied natural gas (LNG). The agreement comes as a complement to the contract about annual supplies of 2.5 million tons of gas to India.

The deals were signed following Russian President Vladimir Putin's visit to India, during which the head of state signed an agreement about cooperation in the oil sector, as well as about the joint research in the field of the construction of a gas pipeline in India.

Putin's visit to India was also marked with the signing of a document on trade in gold. Indian company SUN Gold, in cooperation with a Russian company, will develop the Kliuchevskoe gold deposit in East Siberia. The Indian company plans to invest as much as $500 million in the project. The deal has become the first-ever all-BRICS resource deal, as it involves players from China and investors from South Africa and Brazil, oilprice.com reports.

Moreover, Russia's oil giant LUKoil entered the tender of the Mexican authorities for the offshore oil field in the Gulf of Mexico.

Therefore, Russia has been moving forward in energy and mining sectors to conquer key global markets, thus posing an obvious challenge to other market members, the publication said.

On October 15-16, Russian President Vladimir Putin paid a visit to India's Goa to conduct Russian-Indian business talks and take part in the work of the BRICS summit. The talks were dedicated to  topics in the world economy and the struggle against international terrorism.

Earlier, Russian President Vladimir Putin and Indian Prime Minister Narendra Modi signed 18 agreements in the military-technical sphere. Two of the signed contracts total $2.9 billion. In particular, Russia signed a contract to supply 71 helicopters to India, model Mi-17V-5, as well as a contract for the supplies of component kits for the licensed assembly production of 42 Su-30MKI fighter jets.