Russia, China and India work on major yet natural attack on US dollar

Russian President Vladimir Putin stated in his annual address to the Federal Assembly that Russia does not seek enemies. "We do not look for and we have never looked for enemies - we need friends," the president said. Speaking about Russia's interest in cooperating with the East, rather than the West, Putin stressed out that Russia was proceeding from national interests and global development. 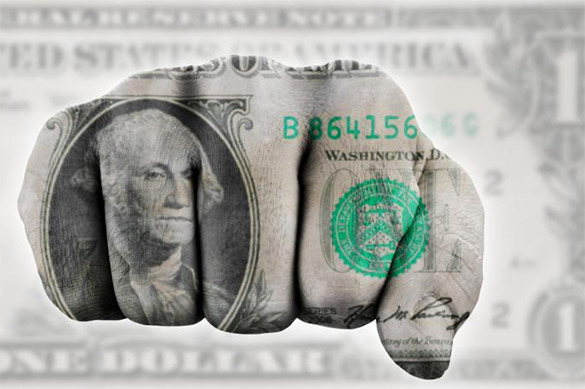 According to Alpari chief analyst Natalia Milchakova, Russia's cooperation with two largest developing countries, members of the BRICS and the G20 is highly important not only politically, but also economically.

India and China are one of the leaders in terms of the economic growth, not only in Asia but also worldwide. According to the IMF, China's GDP growth this year will make up 6.5%, whereas India's GDP growth is expected to exceed 7%.

In five or seven years, Russia, China and India will fully refuse from both the euro and the dollar in international payments and switch to settlements in national currencies. Therefore, a closer long-term cooperation between the three BRICS members may strike a certain blow on the US dollar, the expert believes.

According to economists, the world still prefers the US dollar, but this is not a vote of confidence in the US currency. Roughly speaking, this is a vote against all other currencies.

The 20th century was a century of "dollarization," whereas these days, one can see a reverse process gaining momentum. An increasing amount of countries refuse from the US dollar and switch to national currencies.