US media in fit of hysterics over Trump's Russia remarks

On January 17, CNN published a selection of Donald Trump's remarks that he had made before he embarked on a pre-election race for the post of US president. 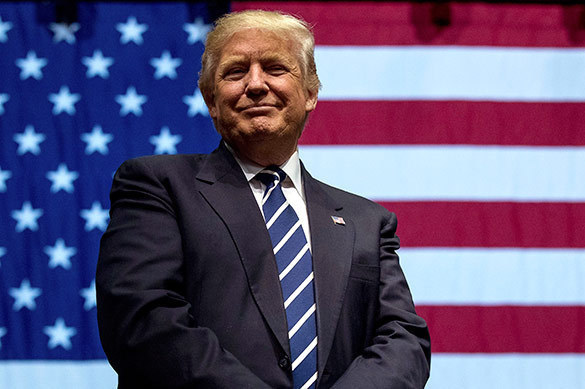 Back then, the businessman spoke in favor of sanctions against Russia and said that Russia was the greatest problem for the United States.

In an interview with Fox News from March 24, 2014, Trump supported the opinion of ex-presidential candidate from the Republican Party, Mitt Romney, who called Moscow "geopolitical enemy number one."

"Mitt was right, and he was also right when he mentioned in one of the debates about Russia, and he said, 'Russia's our biggest problem, and Russia is, you know, really something,'" the billionaire said three years ago.

In an interview with the NBC from 14 March 2014, Donald Trump spoke bluntly about the need for the United States to introduce sanctions against Russia.

"We should definitely do sanctions. "And we have to show some strength. I mean, Putin has eaten Obama's lunch, therefore our lunch, for a long period of time. And I just hope that Obama, who's not looking too good, doesn't do something very foolish and very stupid to show his manhood. I just hope that doesn't happen," Trump said.

As CNN notes, Donald Trump's past remarks about Russia come into contrast with his current Russia rhetoric that he has been using after the beginning of his election campaign.

Commenting on the CNN article, official spokeswoman for the Russian Foreign Ministry, Maria Zakharova, said that the American media went into hysterics.

"They are being hysterical. For a year, they have been showing reports saying that Trump is a "pro-Russian president." Now they have decided to go back on their words. They are acting so in everything," Zakharova wrote on her Facebook page.